In 2019, the Defense Department found that there were over seven thousand sexual assault reports involving service members as victims or subjects. Military culture and its rules make it very difficult for women to speak out. Just a few months ago, in our home state, a young Latina military woman was killed by another soldier in Fort Hood. Fort Hood has indicated they are now revisiting their policies and procedures after learning of some of the allegations made in this female soldier’s case.

Unfortunate events like this, not only shock us back into perspective but also give us the strength to finally speak out. Although we have made great strides in gender biases, like the #MeToo Movement and #IAmVanessaGuillen, these deep-rooted biases have been built over the years making it that much harder to break down. Sometimes these kinds of cases are a catalyst to invoke positive change. 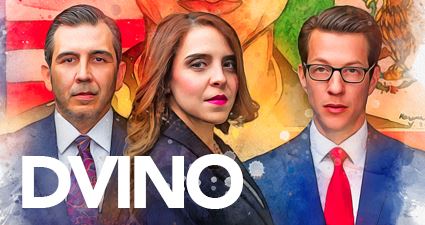 Across Texas, murals and memorials are created in remembrance of Vanessa Guillen who was a mere twenty years old when she was brutally murdered by a fellow male soldier. Vanessa was a strong Latina woman who enlisted in the Army at eighteen years of age. Vanessa was a Houston Texas native with five siblings. She was well rooted in her Latina family and enjoyed going to church with her mother, Gloria Guillen, on Sundays.

Natalie Khawam, a lawyer for Guillen’s family said that Vanessa had been a victim of sexual harassment through her military career, although Fort Hood officials indicated that she did not make an official report. As racial equality movements sweep across the country, the crime committed against Vanessa Guillen has incited many women to speak up for the cause. Why is it those horrible things have to happen to invoke change?

What Do We Know?

Vanessa Guillen was viciously and mercilessly murdered. Specialist Guillen was last seen at Fort Hood on April 22nd. The last person she communicated with via text was Specialist Aaron Robinson, 20, who is believed to be the alleged Murderer. Vanessa and Robinson worked in adjacent buildings in Fort Hood. It is believed based on a witness statement, that at some point on the 22nd of April, Vanessa visited the building where Robinson worked to confirm serial numbers for some weapons and equipment.

Later that same day, two witnesses saw Robinson leaving his work building, pulling a large box with wheels. The two witnesses indicated to law enforcement that the box Robinson was pulling looked like it was very heavy. A search for Vanessa was initiated on April 23rd. Remains were found on June 30th near the Leon River in Bell County, Texas, and in early July, those remains were confirmed to be Vanessa Guillen’s.

Since Vanessa had text messages between her and Robinson, he immediately became a person of interest. Robinson did provide some preliminary statements to law enforcement and confirmed that Vanessa had visited his building where he provided her with serial numbers for some weapons and gave her some paperwork. Robinson told law enforcement that he thought she had gone to the motor pool after their exchange.

Confessions can be tantamount in any given case, depending on whether there is corroborating evidence. Cecily Aguilar, 22, was Robinson’s girlfriend who lived with him off base. Aguilar told law enforcement that Robinson took her somewhere near the Leon River on the night of April 22nd and showed her a large box that contained the body of a woman whom she confirmed to be Vanessa Guillen. According to Aguilar, Robinson admitted to hitting Vanessa repeatedly on the head with a hammer. Aguilar told law enforcement that she helped Robinson attempt to dismember the body with a large hatchet or knife and a machete. They both attempted to burn the remains, but Aguilar said the body would not burn completely. The remains were buried in three separate holes. Robinson and Aguilar returned to the Leon River and tried to burn the remains again, and again were not completely successful so instead, they added concrete to where the remains had been buried.

Corroborating evidence to support Aguilar’s confessions: Law enforcement reviewed cell phone records between Robinson and his girlfriend Cecily Aguilar that revealed a lot of phone calls between the two of them on April 22nd and the early hours of the morning on April 23rd. Using cell phone towers to provide an idea of Robinson’s and Aguilar’s location, law enforcement tracked both phones to be in the same area near the Leon River on April 22nd and again on April 26th.

According to an affidavit that was attached to a Federal Complaint against Aguilar and Robinson, contractors working on a fence near the Leon River discovered what appeared to be human remains which led law enforcement to search the area. The affidavit indicates that the search led them to scatter human remains “that appeared to have been placed into a concrete-like substance and buried”.

A few days before Aaron Robinson’s charges were going to be made public and while law enforcement approached him, he shot himself with a pistol and died. Cecily Aguilar was arrested and has been charged with Conspiracy to Tamper with Evidence which holds a maximum sentence of 20 years. Aguilar’s case is still pending in Federal Court.

Sometimes, as in the Vanessa Guillen case, we are left with a lot of unanswered questions. Why did Robinson shoot himself? Why would Aguilar even help Robinson? What could Robinson have possibly told Aguilar to get her to assist in trying to get rid of this body? Is Aguilar being truthful? Why would Fort Hood wait until someone was murdered to finally ‘revisit’ their policies and procedures on sexual harassment within their institution? In the legal profession, you can never be too quick to come to conclusions.

It is important to remain neutral when reading and reviewing the facts of a case. As lawyers, we aim to find the truth. Every case is taken independently of the other and analyzed on its own. We can learn something from every case that comes our way. Here, unfortunately, there were things that were learned too late but as Allison Jaslow, a former Army captain and veteran of the Iraq war said, “the American movement we are in is inspiring collective action in a way that we’ve needed”.

Don't wait to get help with your case. Contact our firm today to learn how our firm can help you.