One of the most sacred principles of our Criminal Justice System is that anyone accused of a crime is presumed innocent until proven guilty beyond a reasonable doubt; but are they really? To be accused and arrested for a crime, the much lower threshold of “probable cause” is the standard. A finding of “probable cause” simply means that there is sufficient reason based upon known facts to believe a crime has been committed.

Officers responding to a call often have to make judgment calls on whether to arrest someone on the spot, in the heat of the moment, while the adrenaline is still pumping through their veins. More often than not, upon arrival to a crime scene responding officers do not have much more to go on other than the accuser’s statement and their initial observations. I recall not too long ago while having my morning cup of coffee and reading the Times, I was grabbed by a headline: “LPD: Woman forced into a vehicle by knife while standing along San Bernardo Avenue.” Plastered under the headline was the mugshot of a sixty-five-year-old man who was the alleged kidnapper. According to the Times, a female called 911 to report that she was forced inside a vehicle. The woman claimed that she was standing on the corner of San Bernardo waiting for a friend to pick her up when her assailant approached her, brandished a knife, and demanded that she get into his car.

The woman told police that when she refused to comply, her assailant grabbed her wrist and forced her into the car. According to the article, the alleged victim claimed there was a moment when her assailant got distracted and she was able to call for help and provide authorities with her location. Responding officers spotted the vehicle matching the woman’s description and pulled it over. The alleged kidnapper was detained while officers got the accuser’s statement. In addition to the foregoing, the woman told officers that she had never seen her alleged assailant prior to the incident. Based on the accuser’s statement and finding a folding utility knife in the car, police officers arrested the alleged kidnapper on the spot and charged him with aggravated kidnapping, a felony of the first degree. Aggravated Kidnapping is a serious crime of the same grade and range of punishment as Murder.

Later that week, during an initial consultation with a prospective client, I quickly figured out that I was talking to the alleged kidnapper I had read about. I remember that he was shocked that he was arrested and felt so humiliated by the publicity of his arrest. I could see the worry in his eyes about the charges he was facing as he nervously declared that he wanted to be vindicated. Throughout the consultation, he repeatedly proclaimed his innocence and was really concerned whether I believed him. He claimed that he went over to a local bar, outside of which the alleged incident occurred, where he and a few of his friends traditionally gathered weekly to play in billiard’s tournaments hosted at the bar. He said he knew the victim from the bar. He also said that they had several drinks together and even danced for a few songs that night. He told me that towards the end of the night she had asked him for a ride home. This man accused of such a horrid crime had a completely different account of what his accuser reported to the police. 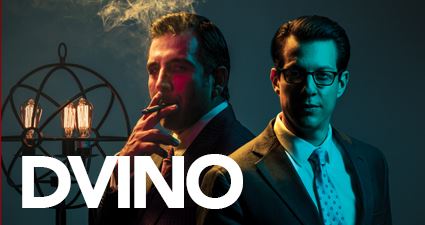 We accepted the case and immediately launched our investigation. We started by sending out preservation letters to local businesses in close proximity to the alleged crime scene demanding that they preserve all surveillance footage from their exterior cameras for the time period the alleged incident had occurred. We were contacted by lawyers representing the corporate offices from the businesses that received our preservation letter. We were surprised to learn that we were the first and only ones to request the surveillance footage. They acknowledged that they were able to secure the requested footage that would have otherwise been destroyed after a couple of days.

One particular convenience store had cameras facing the area where the woman was allegedly forced into her assailant’s car at knifepoint; an event our client vehemently denied ever happened. Luckily we were successful in preserving the video evidence that could reveal the truth about what happened that night on that corner of San Bernardo. Next, we went back to the local bar and spoke to potential witnesses that could corroborate our client’s story. We spoke to several witnesses and obtained their written statements that essentially echoed our client’s version of the story. Surprisingly, no one had approached them about the subject before. The witnesses corroborated that our client shared some drinks and dances with the alleged victim and that they left the bar together that night. Their testimony demonstrated that the alleged victim was being untruthful when she reported being randomly targeted by a complete stranger while standing on the street corner and forced into his vehicle. We also ensured that the local bar had preserved their surveillance video from inside the bar from the night of the incident.

Once our preliminary investigation was complete, we made contact with the prosecutor assigned to the case and presented her with the evidence we had gathered. Luckily, we were dealing with a seasoned prosecutor who was very keen on her sense of duty as a prosecutor. That primary duty being, not to convict, but to see that justice is done. That includes uncovering evidence, and not suppressing facts, that prove the innocence of the accused. After following up on our work and conducting her investigation, the prosecutor did the right thing and dismissed the charges.

As we moved on to the next case, I could not help but think, what if this man had not retained our firm so early on after being arrested? What if we had not sent out our preservation letters to secure the surveillance footage before it was deleted? What if we had not obtained witness statements while their memories were still fresh? What if the prosecutor disregarded the evidence we presented, took the alleged victim’s word, and proceeded with prosecuting our client? Would the presumption of innocence have shielded this man from being convicted solely on the word of his accuser?

We would love to hear from you. Contact our firm today to get started on your consultation.