Cannabis aka marijuana, weed, pot, ganja, reefer, mota, etc., has made its way into the mainstream and our pop culture. Celebrities speak openly about consuming it and the negative stigma on marijuana since the inception of the drug war appears to be changing. Medical marijuana is now legal in 33 states. In 11 of those states, including Washington D.C., marijuana is also legal for recreational purposes. However, make no mistake about it, marijuana is still illegal under federal law and in our great state of Texas.

Recently, we had a case of a young college student who was driving southbound on I-35 passing through Pearsall, Texas when he suddenly got pulled over by law enforcement for having an expired registration tag. While the officer was talking to him during the traffic stop through his passenger window, the officer claimed he smelled an odor of marijuana emitting from inside the car. The officer asked the young man if he had anything illegal in the vehicle. Our client got very nervous and admitted to the officer that he had smoked marijuana with his friends before starting his drive. The officer asked him for consent to search the vehicle and the young man consented to the search. The officer found a burnt joint in the ashtray and a small ball of wax made of THC extract. For those wondering what wax with THC extract is, the legal cannabis industry has opened the doors to lots of new products. Marijuana extracts, such as waxes and oils, often make their way from states with emerging legal cannabis markets into the hands of consumers in states where cannabis remains illegal, like Texas. The young man was arrested for felony possession of a controlled substance. Under federal and Texas law, marijuana extracts are a schedule 1 controlled substance alongside cocaine and heroin, and possessing these substances is punishable as a felony. When the indictment was issued, our client was shocked to learn he was facing up to 10 years in prison. He had no idea the consequences for marijuana were so harsh. He would say, “but it’s just weed! My life is going to be ruined over this?” His parents who worked so hard to provide for their son were devasted and were so fearful about what was going to happen to their son and his future. Ultimately, we got the case dismissed, and the young man and his parents were eternally grateful. Suffice to say that the young man was scared straight from the ordeal. 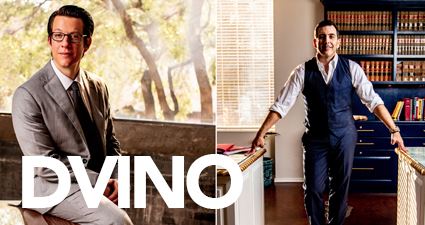 We had another recent case involving another young college student. This young man was in the third year of his engineering program. He also had no prior criminal history or alterations with law enforcement. This young man was in a rock band and he and his friends liked to smoke marijuana. They really did not believe they were doing anything wrong by it. He had a friend who had a source for obtaining marijuana. So he would gather money from his friends, buy the marijuana in a larger amount and later divide it amongst his group of friends. Unbeknownst to him, someone had snitched on him and the police set him up to make a controlled purchase under surveillance. Our client purchased some marijuana and several vials of THC extracts (oils) made for vape pens and was arrested on the spot. This young man was unaware that under our current laws, being in possession of a single vial of the THC extract was a felony. Suddenly, this young man with a bright future in front of him was now facing multiple felony charges with harsh consequences if convicted, including prison time. With a felony conviction, he would lose the right to vote, possess a firearm and hold certain professional licenses. He would also have to live with the negative stigma that comes with being labeled a convicted felon. This young man was in complete shock and utter denial about the consequences he was facing. He kept saying, “you mean I can actually go to jail for this?” The answer is yes, you can go to jail in Texas if you are caught with marijuana or any of its derivative products. Ultimately, we got a favorable outcome for this young man and his bright future was not derailed. However, the experience gave him a rude awakening.

These young men, like many others, do not know the dire consequences of being in possession of marijuana, especially the THC extracts that are controlled substances and punishable as felonies. In addition, nuances in marijuana laws have led to a great deal of confusion and debate. For example, in Texas marijuana is illegal, but hemp has recently been legalized. Hemp and marijuana are different varieties of the same plant, cannabis Sativa. Hemp and marijuana are virtually indistinguishable. However, hemp is bred to have much lower levels of the chemical in marijuana, THC (delta-9-tetrahydrocannabinol), which makes users feel high. Hemp is used to making many industrial products, including countless CBD homeopathic products we see being sold all over the place these days. So long as the hemp has a THC level under a certain threshold (.3% or lower), it is legal.

We have had numerous cases representing individuals arrested for possession of “a green leafy substance believed to be marijuana.” However, ever since the change in the law that legalized hemp, we have been successful at getting charges dismissed because prosecutors simply do not have the resources available for widespread testing of the green leafy substance in order to prove that it is in fact illegal marijuana (cannabis Sativa with a THC level above .3%) rather than legal hemp.

Nevertheless, despite the fact that marijuana laws are rapidly evolving, we are still on unsettled ground. Just because marijuana is in the mainstream and more accepted in our pop culture does not mean that you cannot be arrested and prosecuted for possessing it in Texas. If you are being investigated or arrested for possession of marijuana, we highly recommend that you exercise your constitutional right to remain silent, tell the law enforcement officer that you want an attorney before making any statements, and never give your consent to a search.